What’s in a name? That which we call a rose, by any other name would smell as sweet.

However, naming the elements of your game can make a difference when it comes to player engagement, emotional connection and overall confidence that a player knows what’s going on in the world.

Writers and designers often have a huge amount of “stuff” to name within a game world, including these elements:

This doesn’t include character dialogue, narrator voice over, narrative text for quests and missions, UI text, or rules text.

Today, I’d like to share my one-line philosophy for the most effective way to name all this stuff:

When naming most elements of a game world, include at least one recognizable and evocative descriptive word in the name.

Note the word “most” in the above philosophy. I believe that making most of the content have some kind of familiar element is useful for the game, but it’s totally appropriate to have a few outliers that are completely original or unrecognized words.

This is not a mandatory rule and there are times when it’s not the best philosophy, but I believe it’s the most effective strategy overall when world building.

Looking at naming approaches in gaming and fiction. I believe they can be categorized into three categories: Too Cold, Too Hot and Just Right.

Too Cold  (Familiar But Bland Names)

The problem occurs on games when not enough time is dedicated to making IP elements sound interesting and you end up with bland names like“Orc,” “Giant,” “Wolf,” “Soldier,” or weapon names like “Bow,” “Sword,” or “Spear” instead of going for something more evocative.

For a game that focuses on mechanics, with story or world being irrelevant, this type of naming convention is fine and nobody would fault you for it.

For a game that wants players to feel invested in the world, using this type of naming convention can feel uninspiring and won’t do a good job of holding player interest and pulling them into game setting. 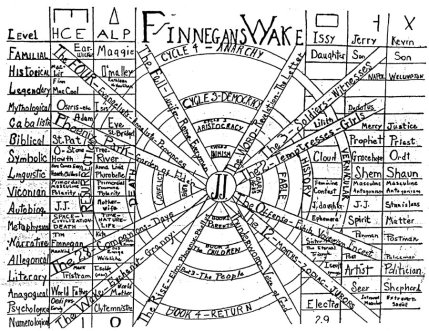 Sweet lord, some IPs do this in the extreme. Every character, location, item and enemy has a unique, completely original name that is unrecognizable.

Tolkien was pretty close to this, and got away with it, because his sweeping epic fantasy story was good and was innovative for the time. However, a new consumer getting into Lord of the Rings these days has a steep learning curve.

Tolkien did temper his approach somewhat. He used recognizable naming in a few key areas. There was a sword called “Sting” and a “Black Arrow”. He had several locations that followed the “one recognizable word” philosophy, such as Mirkwood, The Shire, Misty Mountains, Helm’s Deep and Mount Doom.

I would assert that those locations served his story best, because readers could mentally parse them and quickly assign an emotional reaction toward them.

Developing a unique world with completely original, unrecognizable names for everything is a ton of work and it may work for a few settings, but I believe it holds back many players from truly feeling connected to the game world.

If you follow the one-sentence philosophy I outlined, I believe your game world will be exactly where you want it to balance quick player engagement and keep elements of originality.

When naming most elements of a game world, include at least one recognizable and evocative descriptive word in the name.

A fair number of big games do this well. World of Warcraft is a good example.

WoW has about a 70/30 split of recognizable/evocative names and completely original/unrecognizable names.

It’s an effective combination of naming techniques that makes the world feel like an original fantasy world but also keeps most of the IP elements approachable.

Destiny has a deceptively deep naming structure for their game setting.

Almost all of their names use at least one recognizable word, with a smattering of original names to keep things flavorful and mysterious. Although the story received a shake-up late in the development process, the individual components of the IP are named in an effective manner.

Every name in the entire game has some meaning or some oblique reference. Of the 200 or so weapon, armor and character names, each of them has ameaning, either obvious or subtle.

Some examples of Destiny gun names:

TFWPKY 1969 – Name for a hand cannon that references Butch Cassidy and the Sundance Kid (made in 1969). Acronym for The Fall Will Probably Kill You.

The Trolley Problem – Name for a fusion rifle that refers to a philosophical ethics question: A trolley is rolling out of control down the tracks, about to kill 5 people. You have the ability to get to a control lever and change the track, so the trolley only kills 1 person. Do you sentence that person to death in order to save 5 others?

There are literally 100 other weapon names like this in Destiny. It’s something you don’t notice on the surface, but the depth is there if you look for it.

In addition, they also have a bunch of generally cool and evocative weapon names like the Vanquisher, Red Death, Fatebringer, Pocket Infinity, Patience and Time, Plan C, Universal Remote, The Swarm, and so on.

Destiny enemy names are simple and effective, with some hidden depth.

The Hive are the typical hive-mind enemies with an undead, zombie, horror aesthetic.

The Vex are the machine race who literally come from the future (and possibly the past). The names for their units based on mythology: Minotaur, Hydra, Cyclops, Harpy, Goblin and Hobgoblin.

The Fallen are a space pirate race, with a scavenger-inspired element.

The Cabal are a space-marine, stormtrooper style race with a futuristic feel combined with a brutish personality.

Between Destiny’s use of immediately recognizable words along with some more obscure references makes the game very approachable for new players, yet still interesting for experienced players.

For that reason I would say Destiny did a solid job when it comes to naming the elements of the world and is a very reasonable example to use for designers who want to name IP elements within the game world.

Create a strategy for naming that stuff in your game that evokes the type of feeling you want to instill in players. Keep in mind the dangers of being too hot or too cold with your naming choices and consider a middle ground that gets the job done and is fun for players.

3 thoughts on “Naming All The Stuff”

At some point, I'd love to set up a fund that helps people get into a college for game design and eventually an internship at a game company.

Until then, consider: Child's Play